How much do we actually see? 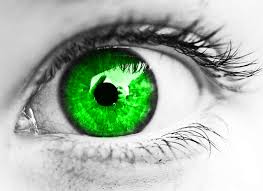 Physically, we communicate nonverbal and often unintended on the part of one individual to another. Nonverbal communication takes place by means of facial expressions, head movements, eye contact, hand gestures, body positions and acts, tones of voice, and so on. In general, body language expresses an individual’s emotions, feelings, and attitudes.  There is a lot to “read” in the other person – one just has to know what to look for.

Joe Navarro wrote books about decoding human behavior.  Its estimated that as much as 80% of our interaction with others is through non – verbal communication or body language.  http://www.jnforensics.com/

Natsu Hattori is a scientist at the University of Oxford.  Here is an excerpt of his paper.

The study of body language is conducted at present mainly by anthropologists, linguists, and social psychologists, who refer to this science by the name of kinesics — the study of non-verbal communication or communicative body movements. These include the study of the ways and frequency with which people touch each other during a conversation, and the distance which they keep from each other during interactions. Linguists have regarded gestures as a form of language, perhaps even the predecessor of all human languages, and have studied the various kinds of kinesic communication used by different cultural and social groups, such as stockbrokers, beggars, and the clergy.

Body language forms an indispensable element in social interaction. Facial expression and bodily movements can amplify, modify, confirm, or subvert verbal utterance, expressing meanings which elude or surpass verbal language. Thus it is a key to the inner psychological and emotional state of the performer: centuries before Freud, early modern writers on decorum discussed the slips or ‘leakage’ demonstrated by unintentional body language which contradict or undermine the overt declaration or utterance of the speaker.

Gestures also define manners of behaviour sanctioned in collective sensibilities, the general codes and rites which transmit cultural norms. Body language is thus also a key to some of the fundamental values and assumptions, the mentalité which underlies any society. It permits the passage from ‘nature’ (the biological body itself) to ‘culture’, signified through comportment, demeanour, and the myriad signals and gestures which people employ to express meaning, both deliberate and inadvertent, to each other or even to themselves. And in many formal contexts — liturgical, legal or ceremonial — the speaker’s posture and bodily movement may be more important than the words uttered. Body language is extremely important, particularly in non-literate or semi-literate societies, in which commitment is made through ritual gestures, formal spoken words, and symbolic objects. Gestures transmit secular and spiritual power; they make such transmission public, and give political and religious actions a living image.

Additionally, body language is an important ingredient in social differentiation; differences in physical comportment play a significant part in separating social groups from each other, and in fostering feelings of mutual hostility or alienation. For instance, the dignified gravity or refinement esteemed by the elite as signs of superior breeding could be seen as arrogance and affectation by the masses; conversely, the warmth or openness valued by some people could be despised as coarse and heavyhanded by others. This also figures in the creation of cultural differentials between nations. Different languages involve different facial and bodily movements, and there are other, more qualitative judgements and distinctions. As post-Reformation northern Europeans began to employ a more restrained and subtle gestic repertoire, they tended to look with distaste upon the more obvious facial expressions and explicit gestures of southern Europeans. It has been pointed out that the stereotype of the gesticulating Mediterranean fits well into the overall symbolic ordering of the north-south divide, which roughly follows the anatomy of the human body: the south, or the lower parts, are associated with passion, physicality and spontaneity, and the north with the rational faculties, and control of the emotions.

Body language reflects differences of gender as well as of class and nationality. Prescriptions for the physical behaviour of women are often different from those of men. Characteristically, women are encouraged to look modestly downward, to walk with small steps, be more restrained in facial expressions than men of their class, and to eat smaller portions of food. Gestures of female assertiveness, like standing with arms akimbo, or legs widely spaced, are regarded, particularly in societies with strong power differentials between the sexes, as unbecoming and aggressive, imitative of male behaviour.

We tend to try to overcome as prejudice what until recently was an oft-stated fact: that the outward appearance of a person is an image of the inward personality and character — dress, gestures, comportment, any motion of the body, are indicative of the inner person. This aesthetic-cum-moral conviction that external bodily behaviour manifested the life of the soul, existed in the Middle Ages and beyond. In medieval Christian Europe, a human being was thought of as double, consisting of a soul and a body, an invisible inside and a visible outside, linked by a dynamic relationship. Gestures figured or embodied the dialectic between inner essence and outer appearance, since they were supposed to express to the viewer the secret movements of the soul within. Thus, bodily control exemplified internal harmony and the superiority of the mind to the body, while inappropriate or excessive gesture was either condemned as clumsy, or disparaged as ‘gesticulation’. These ‘bad’ gestures, transgressive of limits imposed by ethics and social custom, were opposed to virtuous gestures, such as those of charity, penance, and piety, through which salvation could be reached.

Theories exist as to why variations or changes in bodily behaviour occur: in the 1930s, the sociologist Norbert Elias propounded his very influential argument, based mainly on north European Protestant sources, that, after the relative freedom regarding the body in the Middle Ages, early modern Europe saw an increasing inhibition of bodily impulses. This took the form of a rising threshold of shame or embarrassment surrounding physical functions, and an enhanced concern over the restraint or control of both these and the expression of emotion. Also influential in recent work have been the theories of the anthropologist Mary Douglas, who has argued that, in most societies, the body is a symbol of social relations, and that the control of bodily expression customary in a society is more or less strict according to the degree of group pressure upon the individual.

Cross-cultural surveys demonstrating the variability of bodily gesture and facial expression are supplemented by the experience of travellers to other countries, or even those who see films or listen to music from other parts of the world. It is possible that, given the facilitation of long-distance travel in the later twentieth century, and the globalization of culture, especially in urban centres which everywhere tend increasingly to be cosmopolitan in their products and attitudes, that certain of these differences have begun to diminish. Cultural homogenization occurs relatively rapidly in certain aspects (usually confined to the socioeconomic elites) such as fashions in dress, eating of ‘luxury’ food items, or the importation of foreign words or decorative objects. Yet it tends to take place much more slowly on the level of bodily expression and facial gesture, which entire peoples take rather longer to absorb and alter.

A world of gestures

Body language is both the most basic, fundamental form of expression used by human beings to communicate with one another, and at the same time a part of a highly sophisticated and culturally specific system of coded signals, in which bodily and facial movement play at least as important a part as verbal utterance. It encompasses an infant grimacing in distaste at an unfamiliar or unpleasant sensation; the careful timing and co-ordination of bows between two Japanese of equal rank; and the complicated series of insulting hand gestures which pass between altercating drivers in Brazil.
Read more