The Real Reason We Watch TV 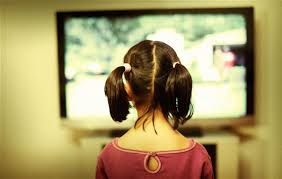 Life is short – we don’t even like the thought of that – so why do we enjoy sitting comfortably on the sofa in our living room to watch other peoples’ lives and emotions when we could turn to our loved ones and experience the very same sensation more intense right here and now? When TV became popular in the 50′s and technological development was off and running, it seemed like a miracle to watch people at another place. Back then, it wasn’t part of our preconditioned thinking that we could watch other places on the globe without actually being there.

Imagine discovering a device with such an impact for the fist time – so close to humans (and consumers) lives.  Imagine the amount of possibilities discovering everything we are taking for granted today – commercials, product placements, opinion leading – it was all undiscovered and new to people – business opportunities almost beyond imagination.

Besides News and special events, such as the journey to the moon, our smart programming predecessors also decided to tell stories to the people so they didn’t have to go to the cinema. Now everyone with a TV was able to watch films right in their own living room.

Soon characters were developed for the TV screen and they quickly became members of the family, returning periodically and always behaving as expected. Why, even though we are aware that the stories told are fiction, are we so fond of watching them and not leaving our house and participating in similar events ourselves? Why have we allowed the TV to replace the actions and events we can experience for ourselves?

There are 3 reasons why our psychological bonds to TV shows parallel to our need as social animals to connect with people, to identify our place in our social networks and to share common interests.  Cristel Russell, Andrew Norman and Susan Heckler explored how we connected to TV shows:

It is far simpler and less dangerous for the viewer to have the safe emotional distance to face and encounter the big dramas of life and at the end of the evening be assured that the way from the living room to the bedroom is safe and without emotional obstacles or monsters to be battled.

Emotions are condensed and timely reduced.  The average evening of a hero on TV involves saving somebody’s life, successfully battling some injustice, revealing some likeable human habits, escape death by a split second and finding the love of his life at the end. Indeed, it is challenging to most people to experience this emotional spectrum in one evening without harm as soon as they step outdoors.

Daily routines of these characters usually do not include looking for a parking spot, dealing with domistic issues, money problems (unless it is part of the big plot) and they live an intense, exhaustively glamorous life without fear or doubt or small health problems. (Even though the TV landscape changed for social issues in the US … probably starting with the HBO Hit series Sopranos – tabu social issues in the past have found a place on (US) Major networks.

Surveys show certain TV programs even simulate the social compatibility  and close emotional states as when exchanging thoughts with friends.

Time spent in front of the TV set is increasing and proves we need, and love, entertainment.

The Need for Entertainment Scale

How much do we need to be entertained? What does the normal distribution curve of our need for entertainment look like? That was the exact question that Timothy Brock and Stephen Livingston from Ohio State University tackled The Psychology of Entertainment Media Blurring the Lines Between Entertainment and Persuasion (Publisher: Lawrence Erlbaum Associates. Place of Publication: Mahwah, NJ. Publication Year: 2004. p 255-268).

In the second scenario the students were asked for a justifiable  compensation when giving up TV for the rest of their lives. A permanent tracking implant in their ear would notify a monitoring service if they cheated and the entire gift would be forfeited. 8% were willing to do it for free, but over 60% would need at least a million dollars to give up TV forever.

The ties and bindings we Producers and TV people have with our viewer is tremendous and the viewers are wanting and wishing for more stories.  So lets dream up and develop great stories and provide the viewer with great  programming.